Coaching also in Corona times – no matter whether outside in nature, by phone or video.

Lectures on Israel and Judaism

Past experiences are the foundation and inspiration for today's activities.

For me, this is my home country Israel with its many thousands of years of history and vibrant present. A deep connection to the history, religion and people of this country influences who I am and what I do.

Diverse customer requests and my own efforts have led me to combine current profession and personal development in lectures.

I share my knowledge on different topics, enter into a dialogue, learn by myself and look forward to enriching encounters with people.

You can find my current offer here.

Art and culture in Israel 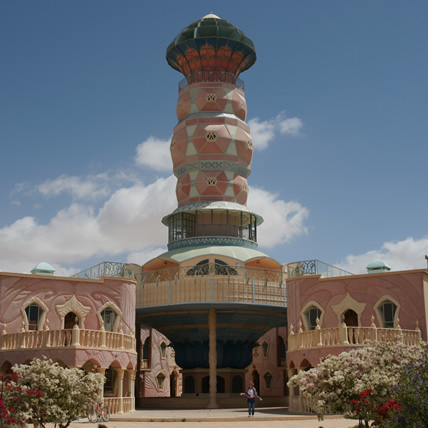 In this lecture, we extend the journey through the culture and art history of the country of Israel. With a slide show full of pictures and impressions, we will present a trip to Israel that focuses on art and culture in Israel.

Presentation of the ISRAEL trip "Art and Culture":

A very special cultural and encountering trip to Israel. This trip is particularly attractive for participants who have already been to Israel or who would like to experience "Art and Culture in Israel" in Israel.

It is a unique opportunity to get to know the culture, history, art and music scene in Israel, especially in Tel Aviv and Jerusalem.

The encounter and dialogue with many impressive people, artists and musicians of the country is a highlight of the trip. Another interesting highlight of the trip is a visit to the Mediterranean metropolis Tel-Aviv, the "White City", with its more than 100 years of Bauhaus history.

Bauhaus in Israel and "the white city Tel-Aviv” 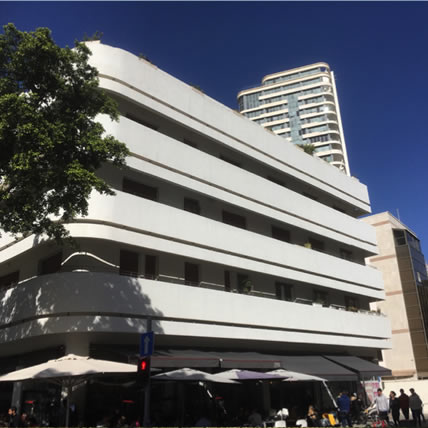 Tel Aviv was founded in 1909 and developed significantly under the British Mandate (1920-1948). Between 1930 and 1948 the part that is now known as the "White City" was built. The White City is named after the white buildings in the International Style (also Bauhaus) that flourished in Tel Aviv in the 1930s. More than 4000 buildings were built in this style. In 2003 Tel-Aviv received the "White City" award when the Bauhaus architecture in the city was officially recognised by UNESCO as a World Heritage Site.

The 100th anniversary of the Bauhaus was one of the great cultural events of 2019, which was the occasion for the lecture series "Bauhaus in Israel".

In this lecture Ayala Nagel, Israeli and chairwoman of the association CHAVERIM - Friendship with Israel, explains the basics of the Bauhaus style, founded by the Berlin architect Walter Gropius in 1919, and how the Bauhaus came to Israel. In a multifaceted presentation of pictures she leads the audience through the streets of the white city of Tel-Aviv.

On the tracks of Jesus in Galilee 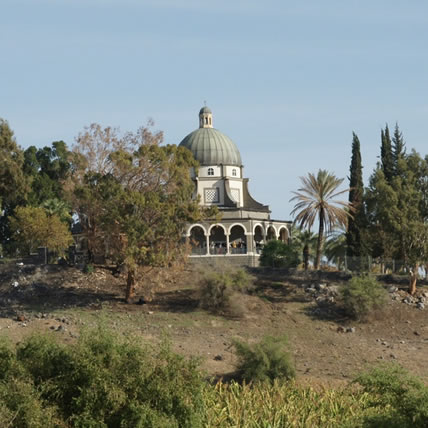 From Nazareth to Capernaum on the Sea of Galilee

The Jesus Way leads about 65 km through the biblical Galilee. With the picture lecture, Ayala Nagel follows the traces of Jesus from his birthplace Nazareth to the Byzantine mosaics in Zipport, past the charming churches of Cana, through the forest landscape of Galilee along ancient paths with beautiful views.

"And when he had left the city of Nazareth, he came and dwelt in Capernaum, which is by the sea, in the land of Zebulun and Naphtali, 14 that it might be fulfilled which was spoken by Isaiah the prophet, speaking 15 "The land of Zebulun and the land of Naphtali, by the way of the sea, beyond Jordan, and the Galilee of the Gentiles, 16 the people who sat in darkness saw a great light; and those who sat in the place and shadow of death, to them a light has risen. " (Matthew - Chapter 4, 13-16)

Pictorial lecture: On the traces of monasteries and churches in the Judean desert 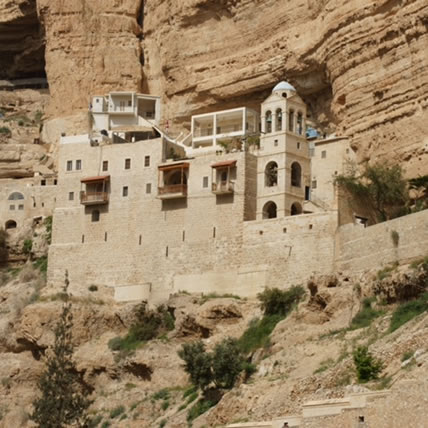 After her successful picture lecture "In the footsteps of Jesus in Galilee" Ayala Nagel leads us again into the Judean desert between Jerusalem and the Dead Sea. Here we are offered breathtaking perspectives, characterised by mountains, rock faces, limestone hills, plateaus, river beds and deep canyons.

Since the time of Moses and Elijah, people have found in the Judean desert not only dwelling caves and water springs, but also spiritual fulfilment. Thus, from the fourth century onwards, many desert monasteries were built, where monks returned to simplicity.

We start our journey to the Maryrius Monastery from the fifth century and follow the Jericho road to the fourth century monastery of St. George. According to legend, the biblical prophet Elijah lived here for three years and six months as a hermit in a cave while being fed by ravens. Other stops include the Mar Saba monastery, one of the oldest still inhabited monasteries in the world, and the Greek Orthodox monastery of Deir Hajla near Jericho. Our picture tour ends in Jerusalem, where we discover for example the church of John the Baptist.

I look forward to meeting you.